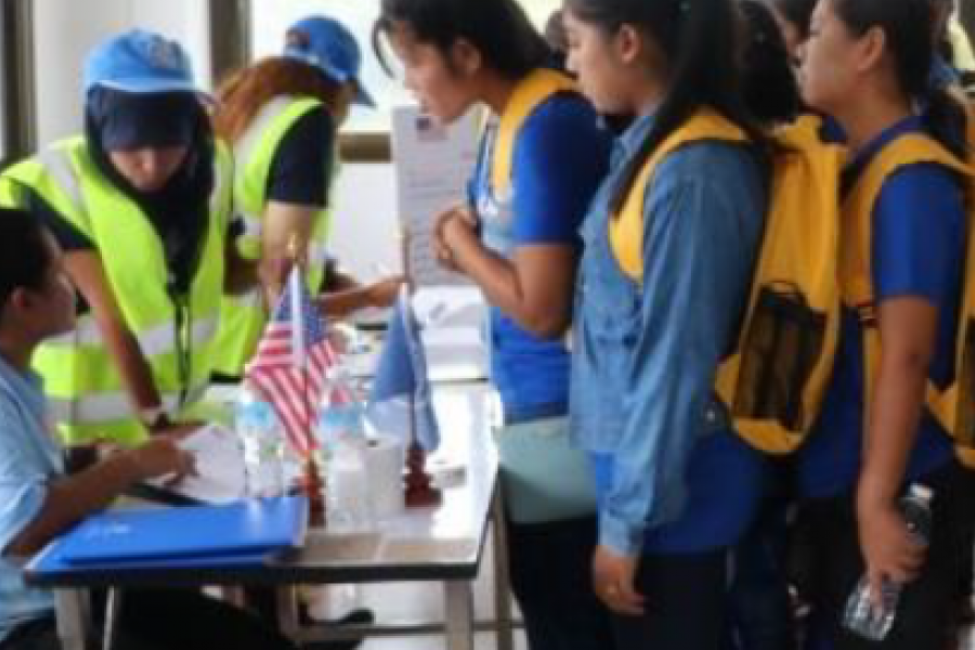 In partnership with the Department of Disaster Prevention and Mitigation (DDPM), IOM organized a tsunami evacuation simulation in the village of Thap Lamu, Phang-Nga province.

The simulation was attended by 170 participants (29 Thai nationals and 141 Myanmar migrants), and was supported by 44 government officials from DDPM, the police, the navy, the Ministry of Public Health, the Ministry of Social Development and Human Security, and the local municipality.

IOM and government counterparts collaborated to run registration services at the evacuation site, to offer first aid, to organize activities in a child-friendly space, and to distribute food and water. Participants were also given information on basic disaster preparedness.

The village of Thap Lamu was affected by the 2004 Indian Ocean tsunami, and is inhabited by a large Myanmar migrant population. The simulation exercise was followed by a debrief workshop, where government officials indicated having developed a better understanding of the need to actively engage the migrant population in disaster preparedness.

This activity was organized under the PRM-funded Asia Regional Migration Program.

Our Work
The International Organization for Migration (IOM) supports its counterparts and partners in the implementation of the MICIC Guidelines through a comprehensive offer of capacity building tools and services.