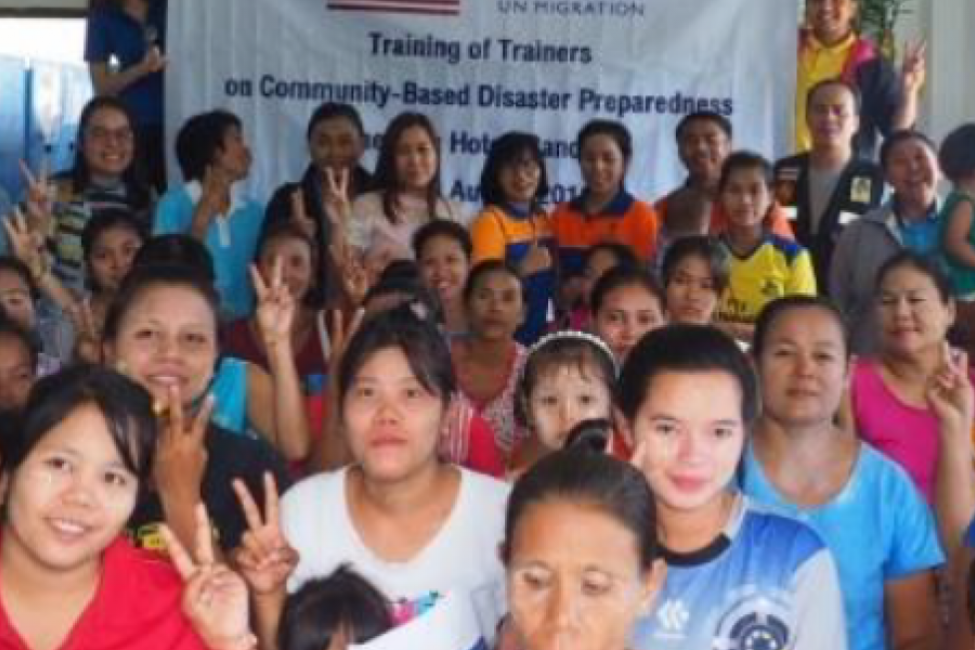 IOM trained 22 government and civil society trainers on reducing the vulnerabilities of migrant populations to crises such as natural disasters and conflicts.

The training encouraged participants to consider how existing disaster preparedness and response strategies could better be adapted to consider the specific needs of migrants. They were also taught how to deliver preparedness training specifically tailored to migrant populations. The course drew on materials developed under the Migrants in Countries in Crisis (MICIC) Initiative, previously funded by PRM.

The training culminated in 15 trainees delivering preparedness training to 30 Myanmar migrants living in Phang-Nga province. Following this community training, the migrants indicated an improved understanding of local disaster risks, knowledge of how to prepare for disasters, and the intention to do so.

The training was led by IOM under the PRM-funded Asia Regional Migration Program and was the third MICIC TOT conducted in Thailand this year. Previous trainings were held in northern and central Thailand, in May and July respectively.

Our Work
The International Organization for Migration (IOM) supports its counterparts and partners in the implementation of the MICIC Guidelines through a comprehensive offer of capacity building tools and services.